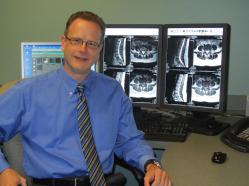 Dr. Cholewinski is the President & CEO of Seton Imaging. He is a summa cum laude graduate of the State University of New York at Buffalo School of Medicine and Biomedical Sciences. He completed his Radiology Residency and Fellowship in MRI and advanced Medical Imaging at the University of Rochester Medical Center, Strong Memorial Hospital. Dr. Cholewinski is Board Certified in Diagnostic Radiology and has been the Director of MRI at Seton Imaging since 2001. He has authored and co-authored numerous peer-reviewed journal articles appearing in major publications such as Radiology and AJR. He authored chapters on MRI and CT in the textbook. An Atlas of Head and Neck Surgery, Lore & Medina Fourth Edition, 2005.

Dr. Cholewinski is an expert in all areas of MRI, including neurologic, musculoskeletal and body applications. He is highly sought after for MRI consultations nationally and internationally and has given several invited lectures on MRI, including major specialty conferences.

Dr. Datta graduated from Temple University School of Medicine in 2008 and is Board Certified in Diagnostic Radiology. He completed his Radiology Residency and Fellowship in MRI at the University of Rochester Medical Center, Strong Memorial Hospital. Dr. Datta has co-authored several publications and has given numerous national presentations in his field. Dr. Datta specializes in advanced imaging, with special interest in neuro and musculoskeletal MR imaging. 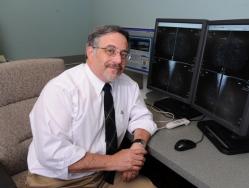 Dr. Golden is a 1976 graduate of the SUNY at Buffalo School of Medicine, where he was a member of the Gibson Anatomical Society. He received his AB cum laude from Brown University where he was a member of Phi Beta Kappa. After completing his Radiology Residency at the Cleveland Clinic, Dr. Golden continued his education with a year long fellowship in CT and Ultrasound at the Emory University Hospital. Dr. Golden is Board Certified in Diagnostic Radiology and is the Director of Mammography at Seton Imaging. He has taken a number of courses from world-renowned mammographer Dr. Lazlo Tabar. Very active in the arts, he has written several locally produced musicals, runs the Old Chestnut Film Society, and does a once yearly stint as a singer at Temple Beth Zion’s Cabaret Night! Over the years he has provided scores of film and theater reviews for WBEN and WBFO, and is currently the theater critic for Buffalo Rising. 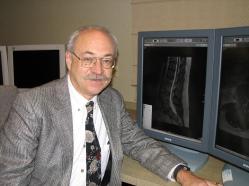 Dr. Rowland is one of the founding partners of Seton Imaging and brings a wealth of experience to our practice. Raised and educated in Western New York, he has participated in all facets of diagnostic imaging over a period of 33 years. In the 70’s and 80’s he played a leading role in introducing diagnostic ultrasound to the local medical community, and also was in large part responsible for pioneering state-of-the-art angiography and interventional radiology techniques at major Buffalo hospitals. In recent years, he has been active in pursuing and implementing other advanced imaging techniques, including the development of several MRI sites with his Seton partners. Dr. Rowland is the current Director of Ultrasound at Seton Imaging.

Dr. Rowland is Board Certified in Diagnostic Radiology. In addition to his extensive clinical expertise, Dr. Rowland has actively participated in many related teaching and administrative duties. He has served as Chief of Radiology for both Sisters of Charity and Kenmore Mercy Hospitals, served as President of the Buffalo Radiological Society, and is past President of Sisters Diagnostic Imaging Associates and Seton Imaging.